The death of the American city: rising crime and a pandemic-inspired exodus are powering urban decay 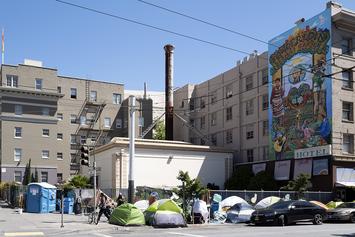 Today’s urban promise is… vastly different [to the past] — not only in New York, but San Francisco and Los Angeles, London and Paris. No longer cities of aspiration, they are increasingly defined by an almost feudal hierarchy: the rich live well, protected by private security and served by local coffee shops and trendy clubs.

Meanwhile, the working class struggles to pay rent, possesses no demonstrable path to a better life and, as a result, often migrates elsewhere. Crime rates are spiking and homelessness, once an exception, is increasingly widespread. Those very streets once said to be “paved with gold” are now are filled with discarded needles, excrement and graffiti.